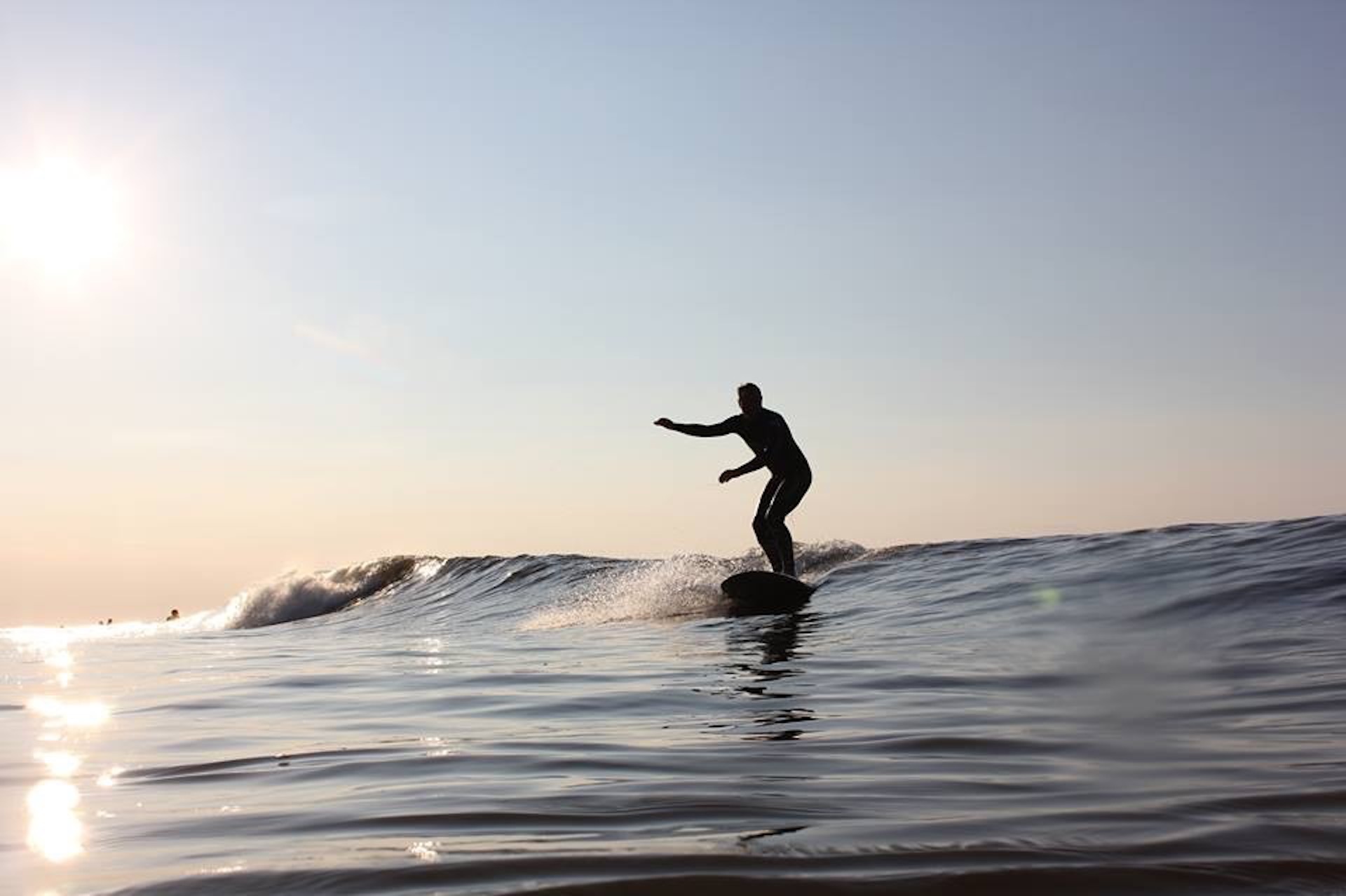 Think of UK surfing hotspots and Cornwall will most probably spring to mind.

But, as Emma Lee discovers ahead of International Surfing Day on Sunday, Norfolk has a growing surf culture of its own.

Ben Kewell, owner of Glide Surf School on Cromer’s East Promenade, got into surfing as a teenager and was soon hooked.

“I started surfing a bit late, when I was 18,” he says.  We had moved to the south west, my parents had a guesthouse at the time, and I loved that feeling, the sense of freedom, of being in the sea, the outdoor life.”

In 2004 he moved to Norfolk to start a teacher training course and was surprised to discover that while the county has miles of beautiful coastline, and some great spots for surfing, it didn’t have the same beach culture as there had been in places such as Cornwall.

And he was keen to help people discover the benefits that the outdoor lifestyle can have for physical and mental wellbeing.

“I think of the beach as a playground, but the biggest thing I noticed about Norfolk was that it didn’t really have a beach culture,” says Ben.  “There were a few surfers about, but people weren’t really utilising the amazing stretch of coastline, apart from in the summer.  Cromer is a great surfing spot, says Ben, because it’s north facing and has sandbanks near the pier, creating good waves.  This part of the coast picks up the most amount of ‘swell’ in Norfolk,” he says.

In his second year of teacher training he started his surf school.

“I saw a real niche and started running it in my summer holidays for two years. Then I continued to build it up and do a bit of supply teaching in the winter time, and was able to travel in the winter time as well,” says Ben.

As word spread and Norfolk’s surf scene started to swell, he opened a shop selling surfing equipment alongside the surf school in 2012.

“We have seen a lot of people start surfing.  Now we run the surf school almost all year round, from March to Christmas.  Now on the promenade you’ve got North Sea Coffee, there’s the Surf Life Saving Club, which is really active.  And people congregate on the beach much more. Not just for surfing, people are realising that it’s a nice place to hang out.  They’re wanting to spend more time on the beach or in the sea.  Now we’ve got people who refer to themselves as surfers, swimmers, kayakers – it gives them an identity,” says Ben.

From 2007-2012 Ben also used to run a youth group in Mundesley, doing voluntary surf lessons in July and August and in 2019 Glide Surf School started offering lessons there during the summer.

“Mundesley is a lovely, sandy beach that also picks up a similar amount of swell to Cromer,” says Ben.  The sea can be unpredictable, and Ben is passionate about teaching people how they can enjoy the water safely.  If you’re a novice surfer it’s strongly recommended that you have some expert instruction before you attempt to catch your first wave.  Whenever you surf you should also check the tide and weather forecast  – Glide Surf School has a three-day wave forecast on its website.  And surf at a beach which has RNLI lifeguards on duty and between the red and yellow flags”.

Glide Surf School regularly welcomes school groups from both the coast and further inland to take part in their water-based education programme so that those important lessons start young.

“When I was teaching I realised that kids didn’t go to the beach or swim in the sea too much, and they weren’t really aware of water safety,” says Ben.  At weekends that they run open groups in three age groups – eight to 11 years, 12 years-plus and adult.

In the school holidays they run five-day surf camps for 8-12-year-olds, with two hours of tuition every day.

Plus, they offer individual lessons too.

Once people become more proficient, equipment is available to hire or buy.

And if it’s a flat day out there, you can just go with the flow – paddleboarding lessons are available too.

Ben has surfed all over the world – but in his view, there’s no place like home.

“The best places I have surfed are Philippines, California and Peru. However there is nothing like scoring good waves on a good day at home here in Cromer!”

For the full article please click on the EDP link